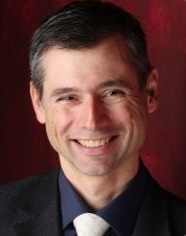 Roger is a business owner and consulting actuary, managing his company, based in Bothell, since 2006. Roger has been a past board member of the National Multiple Sclerosis Society and actively fundraises for them every year. He is active in local politics, currently serving as Chair of the Bothell’s Legislative District political group.

Roger grew up in Kenmore, and he has been a Bothell resident since 1997. He is an active cyclist, runner, and walker and frequents the local trails often. He helps to maintain the trail system on Norway Hill and Blyth Park and is working with the Board to help preserve and restore the park on the former Wayne Golf Course property, as well as to expand recreational opportunities in the City. 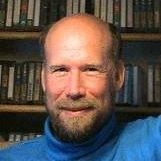 David actively works with the nonprofit community to restore the health of Puget Sound. He has a Ph.D. in Biology from the University of California at Santa Cruz, with post-doctoral work at the UC-Davis and the National Marine Mammal Lab in Seattle. He has been studying killer whales since 1978, helping develop killer whale recovery strategies in the US and Canada, and the marine-life portion of the Northwest’s oil spill response plan.

He is president of Cascadia Environmental Science Center, Vice President of Friends of North Creek Forest and is on the Bothell Shoreline Board. He also serves on the boards of Sound Action, SnoKing Watershed Council, Orca Conservancy and Bothell Parks Foundation, and has been active in the King and Snohomish/Camano ECO Nets. David received a Puget Sound Hero Award from People for Puget Sound for his work protecting the nearshore habitat of Maury Island from development. He has lived in Bothell since 1998.

Peter is a user researcher working with design and development teams to center the user while developing new technologies. He also helps ensure that cutting edge technology is useful and easy to use. Peter moved to Bothell in 2011 while earning his PhD in animal behavior at the University of Washington. Nature is important, and Peter feels that it is our responsibility to be wise stewards of the Earth. One key to wise stewardship is finding the right balance between urbanization and conservation. He is a leader in Scouts BSA and enjoys helping young people find and connect with the natural world.

Whenever life allows, you’ll find Peter out wandering trails, riding bicycles, or paddling lakes and streams with his family. He also enjoys playing guitar, SCUBA diving, and wildlife photography. Peter is looking forward to working with OneBothell to help preserve and connect green spaces for all to enjoy

Prasad is an entrepreneur, investor, financials architect, and philanthropist. He and his family moved to the United States in 2003. He has been helping implement financial systems for various large clients for the past two decades. He  loves to make a positive impact around the world by sharing experiences and knowledge. He believes that learning never exhausts the mind, “let us all learn, share our experiences, and solve issues by adopting and leading the ideas. Let’s make this world a better place!”

Prasad moved to Bothell in 2006 and has been helping manage two HOA Google groups in to keep everyone connected.  He is a nature lover and enjoys hiking, walking, and cycling. As a board member of OneBothell, he is excited to help preserve the amazing trails and natural areas in Bothell and help OneBothell fulfill its mission.

Stephan strives to connect sustainability learning and engagement with our community.  He has a M.S. in Conservation Biology from the University of Hawaii at Hilo, and works as the Assistant Director of Sustainable Practices at Cascadia College in Bothell – to help students find education and careers in conservation, sustainability, and equity and inclusion.

He has a certification for event management and logistics planning for his hobby, Magic: the Gathering, as a Level 3 judge and hopes to help bring engagement to the outdoor Bothell community. His past work has given him experience across five states with outdoor conservation, endangered species work, and sustainable aquaculture. His enthusiasm is all about connecting with others and building community, integrated with food access and sustainability.

Sara “Sallie” Glerum retired from corporate America in 2005 to pursue life-long interests in writing and editing. She has a B.A. in Drama and Certificates in Non-Fiction and Editing from the University of Washington. She was a founder of the Lake Forest Park Streamkeepers in the ‘90s, a volunteer group formed to measure water quality quarterly in LFP’s two fish-bearing streams and founded its newsletter, Streamers, to report the group’s quarterly results.

Sallie has lived in Bothell since 2010 and actively participates in the community, including writing and editing material for the original OneBothell website. As a member of the Board, she looks forward to stoking community involvement in the restoration of the land comprising former Wayne Golf Course. 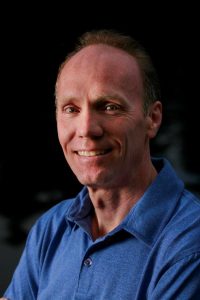 David is an I.T. consultant and business owner and has lived in Bothell since 2000. He has a bachelor’s degree in Computer Science from The University of Florida, is a PMI Certified Project Management Professional, a Distinguished Toastmaster and has been awarded IBM Champion 5 times and HCL Ambassador 3 times for his contributions to his field.

David has a lifelong history promoting environmental protection. He has been in the Sierra Club for 27 years, but his appreciation for the wilderness developed while growing up in Florida where he spent his weekends camping with his Boy Scout troop on his way to earning Eagle Scout. Today he enjoys a broad variety of wilderness sports – whitewater and sea kayaking, mountain biking, backpacking and snowboarding and stories of his adventures can be found published in magazines like American Whitewater. He can often be seen walking with Freddy the Bassett on the Sammamish River Trail. 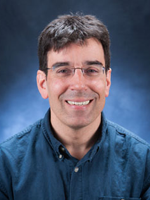 Jeff grew up in Bothell and Kirkland, and his earliest memories are of chasing salamanders, spiders, and especially fish. Much of his childhood was spent exploring the local creeks, including Juanita Creek, Swamp Creek, and North Creek.  Finding spawning salmon was, and continues to be, a great joy for him.

Jeff graduated from Juanita High School and earned his bachelor’s degree in Fisheries and Zoology from the University of Washington, Seattle.  After graduating from the UW he moved to Boston and graduate school and earned a Ph.D. in Evolutionary Biology from Harvard University.  In 2012 he accepted a position at the UW Bothell campus.  He is delighted to be back home – a place where, with proper stewardship, not only the trees but the streams themselves can fill with color every year. 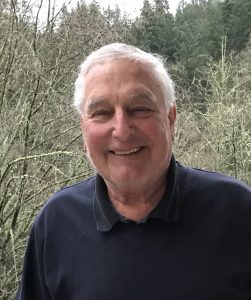 Since moving to Bothell in 1970, Phil has been involved in saving open space, both as a city councilman and a founding member of Save A Valuable Environment(SAVE). As a result, the North Creek valley now is home to sports fields, creek enhancements, and trails— instead of a shopping center.

After 41 years as a professor at the Foster School of Business at the main campus of the University of Washington, Phil retired in 2011. He enjoys  biking, hiking, sailing, and gardening. As a OneBothell board member, his focus is on raising organizational support and funds to transform Wayne land into a haven of passive recreation, as well as an environmental learning center for the public.

Drew is an active natural resources professional hoping to connect more people with the outdoors. He has an M.S. in Natural Resources from the University of Idaho, master’s level certification in fire ecology and management through the University of Idaho, and a BAS in Sustainable Practices at Cascadia College right here in Bothell! Drew was a City of Bellevue seasonal park ranger in 2020 through 2022. He is a proponent of native species re-establishment projects through the Northwest.
He is a forest manager and a board member for the nonprofit Ruta Verde. He is an occasional craftsman with Ruta Verde and other personal projects, having also trained others. His past work has given him various skills and allowed him to work with many communities in America and Peru. His passion is to connect the communities of America to the outdoors in settings that are safe and provide education.

André grew up and currently resides on the traditional lands of the Coastal Salish. His early years were in the Lake Forest Park area, and he is an Eagle Scout and Coast Guard Veteran. He received his BAS in Sustainable Practices from Cascadia College and M.A.Ed in Urban Environmental Education from Antioch University in Seattle.

His education and past experience have led him to desire an equitable planet for human and non-human species alike, and he looks forward to sharing his knowledge and experience, while learning from others. His  earliest salmon stream restoration projects were on McAleer Creek in Lake Forest Park in the late 1970s and recently was he served on the education committee with Friends of North Creek Forest (2019-2021). Previous work experience include creating some of the iconic Rainier Beer commercials in the 1980s and bartending.

Bahareh works for King County Public Health as a business and finance officer. She is originally from Iran and moved to the United States in 2011. She has a bachelor’s degree from UCLA in economics, and work experience in tax, audit, and accounting.

Bahareh moved to Bothell in 2017 from Los Angeles, California, and immediately fell in love with the natural beauty of the Pacific Northwest. She enjoys hiking, camping, cycling, kayaking, skiing, and snowshoeing. As a board member of OneBothell, she strives to help preserve and restore parks and trails in Bothell and beyond.